My Advice for New Customer Success Leaders: Be These Three Things 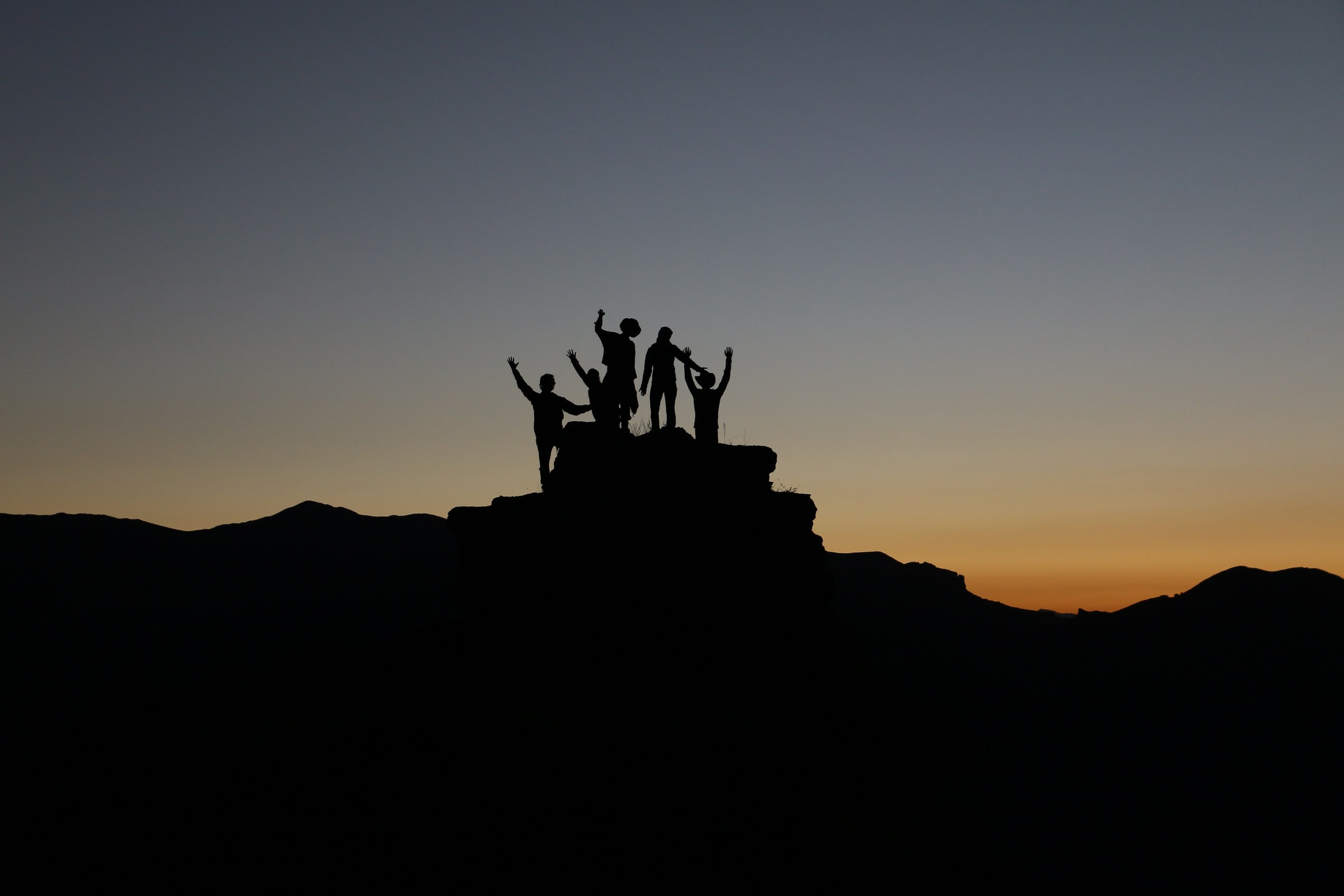 Recently, an old friend and former direct report of mine got in touch with me with some great news: “I’ve been promoted to leadership!” He had been a Customer Success Manager under me almost 10 years ago, was one of our top-performing expansion CSMs, and had moved on to do similar great work in his next couple of roles. This would be his first role in CS leadership.

Specifically though, he contacted me because he thought I had been a good leader to him and wanted to know how I approached it.

Let me pause here and promise you, this article is not a self-horn-toot. Quite the opposite, because during the time he reported to me, I was in my first leadership role. Unlike many first-time leaders, I wasn’t the best-performing CSM on my team. I think my boss at the time promoted me because she felt I had natural leadership qualities, and I credit her for that. Still, like most first-time leaders, I didn’t receive any formal leadership training and, looking back now, I’m positive I made my share of mistakes.

As a leader, you’re never 100% sure what your reports think of you. While it was affirming to hear a compliment from someone whose opinion I value, much of the good I did him was probably by accident or luck.

But, thanks to taking several formal leadership courses later in my leadership career, I was able to offer some advice that was more than just my own anecdotes.

Here's what I said.

I want to paint a very clear picture here.

Remember the scene in Knocked Up when Paul Rudd’s character lies to his wife (Leslie Mann) about having work obligations when he’s actually at a fantasy baseball draft? She says to him, “You just think because you don't yell that you're not mean, but this is mean.”

I’ve personally witnessed another leader micromanage employees to do mind-numbing, time-consuming tasks with no clear outcome, no gratitude, and no follow-through. Those employees had to spend their personal time doing the work that actually contributed to their variable compensation goals. The micromanagement was calm and perfectly cordial, but it was most certainly mean and toxic.

We work to live, not live to work. Most of us are fighting battles we don’t share at work. So, as an easy example, make sure you afford your team a good work-life balance. Don’t show favoritism toward people who choose, or are able, to work long hours; doing so pressures others to do the same, often at the expense of their family life.

If you’re thinking, “but my responsibility isn’t to the individuals, it’s to the team, it’s to the company”, I’m here to tell you, the team’s performance will be better off if it’s full of people who are trusted, motivated, healthy, and low-turnover.

There’s no conflict; doing the right thing is also good for business.

Speaking of toxic environments, sometimes you as a departmental leader suffer from toxicity or dysfunction from your leadership or your cross-functional peers. This is a common problem for Customer Success leaders for two reasons.

If you’re a CS leader, you must not let the drama cascade to your reports, whether they’re managers or individual contributors.

As the first line of defense, try to weather the storm. I held a CS leadership role where our customer base was about 70% direct and 30% channel. A new channel leader joined the company with a fury and an overly disruptive approach to meeting their goal of growing the channel. Relevant to me, they wanted to “grow” the channel business by diverting all our direct customers to partners. This would have meant giving the channel partners full margin, degrading our direct revenue by as much as 30%, and therefore our overall revenue by 20%. I communicated to my CS team what was happening and made sure they knew to maintain the status quo with respect to our channels, but I didn’t vent to them or pull them into the fight. In short, I didn’t make my problem theirs.

While I spared my team the drama, I also had to solve the problem. Read on:

Be Consistent (a.k.a., Avoid Whack-a-Mole)

Collaborate with executive leadership on your CS team’s mission every year during annual planning. Together, distill your charter down to 2-5 goals. If someone asks you to embark on a major project that doesn’t support those goals, you’re able to clearly communicate why you won’t take it on.

In the previous story, a big reason I was able to weather the storm was by talking about my team’s #1 goal, which was maximizing NRR. Degrading our company’s recurring revenue by 20% would have devastated our performance and our company’s valuation. I was able to extinguish the project over a span of weeks. In that time, the channel leader’s disruptive behavior alienated the rest of the leadership team and they “mutually” left the company shortly after.

A major project conflicting with your goals isn’t the only risk to your team’s performance. More often than not, it’s the small distractions that get us in trouble. I refer to these distractions as workplace Whack-a-Mole.

In all these cases, you simply validate whether the one-off project distracts from your charter or supports it. And if you did a good job of collaborating with your executive team from the start - meaning they built the charter too - the executives will always support what they created.

There’s no shortage of books, articles, and courses on leadership. A lot of the advice is good (“be human-first”), some of it is obsolete (“carry a big stick”), and in both cases it’s often vague.

Hopefully the examples in this article, which are common for Customer Success leaders, help to influence you to be the best leader you can be.

Get the wisdom, courage, and tools to level up in your career, delivered right to your inbox. 👀

We've sent a confirmation link to your email.
Oops! Something went wrong while submitting the form. 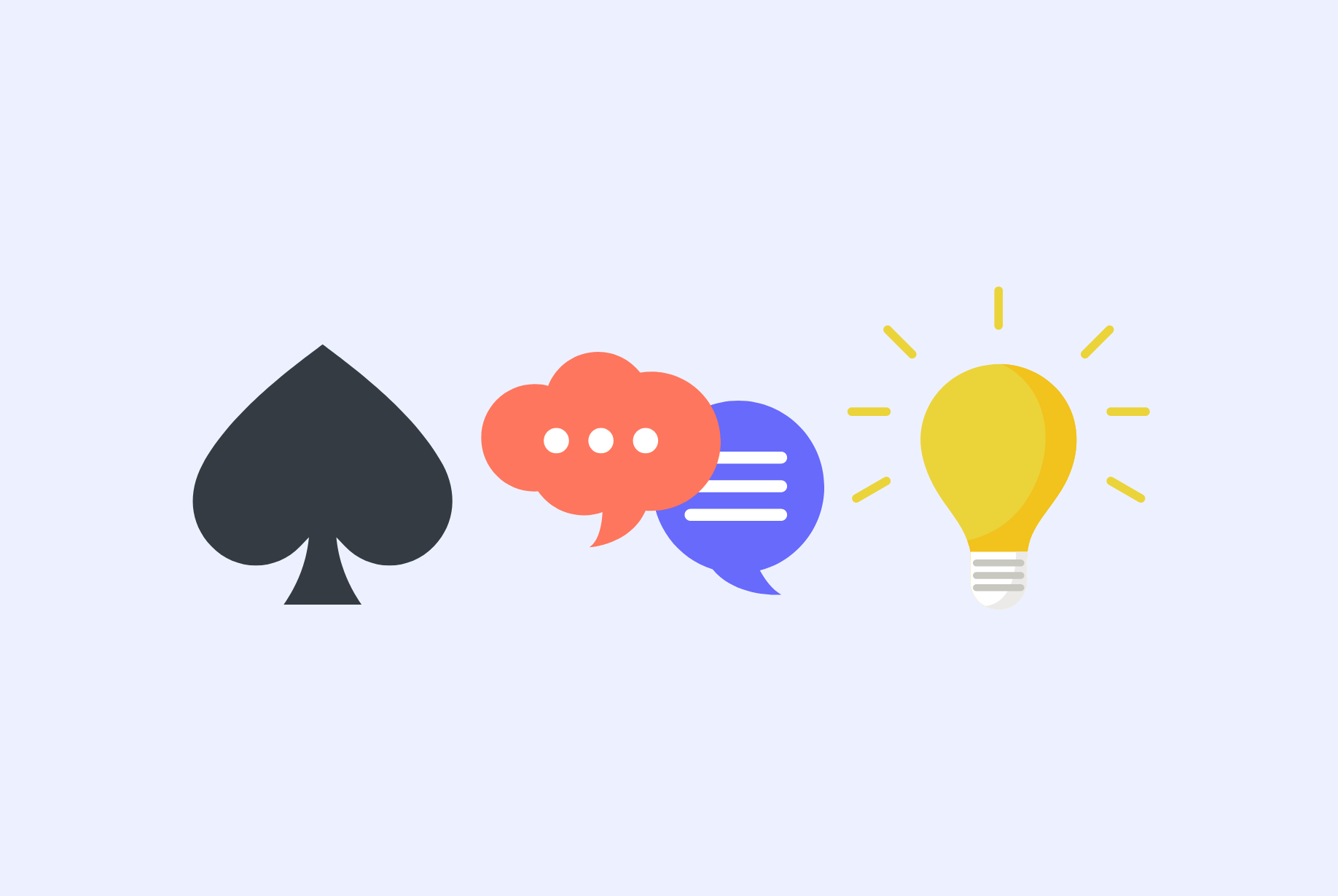 How to Ace Your Customer Success Interview Without SaaS Experience 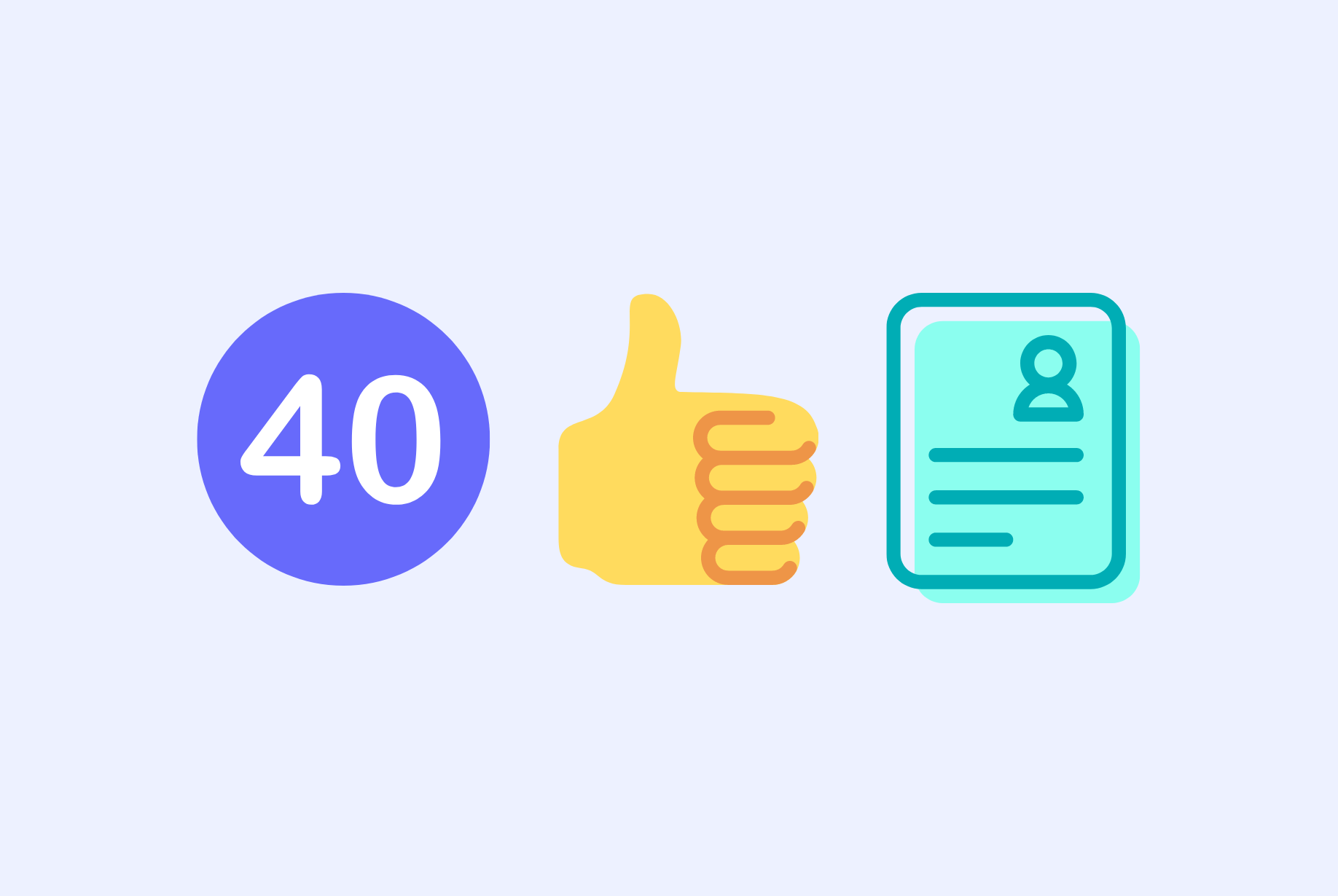 40 Keywords You Should Include in Your Customer Success Resume

Are you looking to improve your customer success resume? This article gives you the top 40 keywords you should include in your resume and tips for incorporating them effectively. 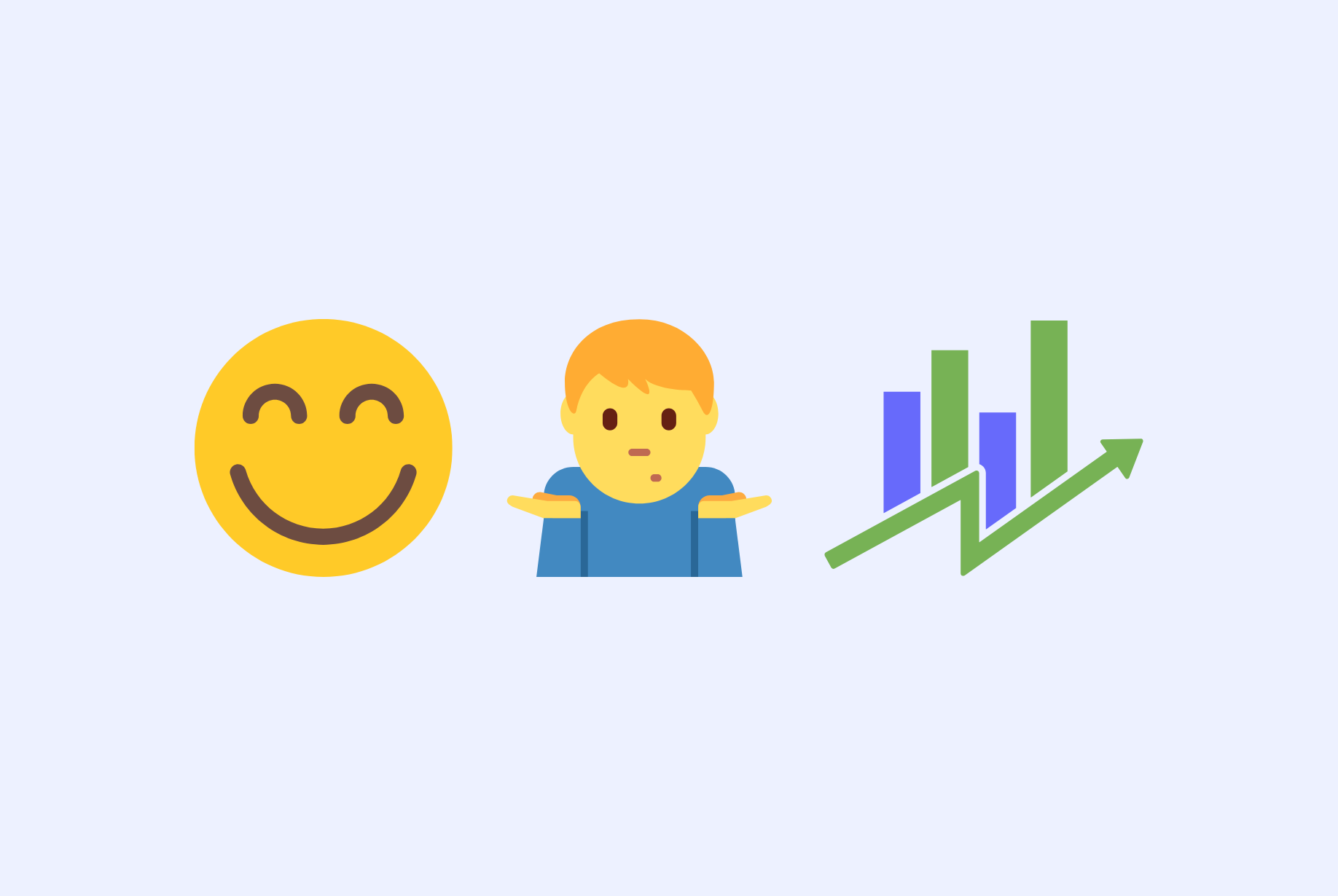 I Don’t Care if My Customers Like Me, and You Shouldn’t Either

Are you concerned about whether your customers like you? Stop worrying about being liked and instead focus on delivering value. Learn how to turn customer interactions into value-driven conversations that focus on your customer's needs and goals.